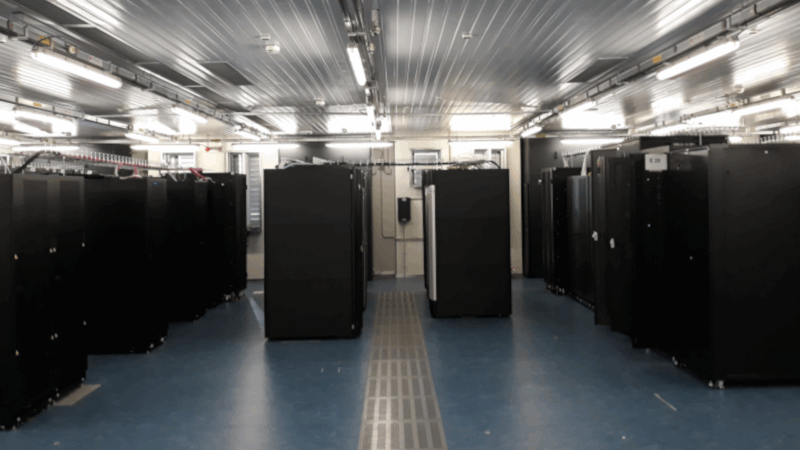 MONITORING AND SECURITY OF A DATA CENTER TIER IV

If it is true that data are the center of the IoT economy, then the Data Centers are the concrete heart of this system, ensuring business continuity. Increasingly, they are concentrated and reach considerable dimensions. Concentrating data retention technology is an opportunity because it optimizes costs but it is also a major security challenge. Making mistakes really does become an unthinkable option and the reliability of the solutions must be proven. This was the case for a large Data Center in Acilia, in the province of Rome, owned by a major Italian telecommunications player. This site classified as TIER IV, the highest degree of protection and security internationally.

The data centers are classified by an international institute according to their level of security, even in the event of natural or exceptional events, such as earthquakes and floods. The TIA-942 standard has produced the classification on four TIER levels (from 1 to 4), where the fourth level is the safest. The enormous size of the data center in Acilia has allowed the owner to make the site available to other large companies, such as insurance companies, operators of road infrastructure, etc.. Kerberos designed, produced and installed its X-MONITOR monitoring system for one of these major insurance players, integrating it with security and alarm systems.

The customer opted for a monitoring system that worked on every single consumption of power line of the various racks, both for the electrical part and for the sensors. The latter was installed inside the racks with both environmental and alarm monitoring functions: temperature, smoke, flooding, opening and closing of the front and rear doors for each rack installed in the data centre.

The choice was to monitor each cabinet in order to recognize any alarms and make analysis of energy consumption for energy savings. The monitoring is done on each power line because the racks have from one to six power lines, precisely because they must ensure high standards of safety. To date, about 70 cabinets have been installed. Kerberos devices and their sensors have been installed on each cabinet. As far as the network infrastructure is concerned, there are three centralisers, three KET-GZE-210.R gateways that connect to groups of 23. The software maps each individual cabinet; a map shows the temperature, gas smoke and other status of each individual part.

The first requests for quotes arrived in July. The first inspections were carried out in September: for Kerberos they are fundamental because they allow the technology to be modelled with extreme precision according to the customer's specific needs and possibilities. After completion of the bureaucratic and design operations, the material was supplied in November. The first sixty cabins were installed in December. The last ten are nearing completion, waiting for the customer to indicate his needs for customization. The system is already fully functional.

The installation was carried out by a trusted installer from Kerberos. First the power cables were prepared, then the rack cabinets and finally the Smart Supervisors Slave version KET-RKS-100 were inserted. The week before the delivery of the rack cabinets were installed industrial extensions complete with single-phase power meters KET-RKE-032 and three-phase power meters KET-RKE-063 for measuring the energy consumed. Once the cabinets were installed, monitoring instruments were inserted, such as the KET-RKF-100 Smoke/fire sensor; the KET-RKA-100 Flood-proof sensor; the KET-RKT-100 NTC temperature sensor; and the KET-RKP-100 Rack door opening sensor.

The interventions have allowed not only an optimization of energy consumption, but the safety of the CED and their continuous monitoring to ensure the continuity of production according to TIER IV standards.